Last night I said to the other half, that the boy wasn’t feeling good.  Oh he behaved like normal, but his face was starting to get his “infection” look.  That’s the look when he’s eaten something he shouldn’t have, and needs an antibiotic shot at the vets, or if I spot an infected wound on him that needs treated (try at home first, by cleaning and using antibiotic cream, if that fails it’s a vet trip).

He wasn’t ill yet, but I suspected a wound somewhere, so checked him over.  Found nothing.

This evening I thawed out shrimp for him, as if there’s something that can perk him up, it’s shrimp.  🙂  Called him and he didn’t come downstairs.  When there’s shrimp on offer, I make a sniffing sound, he knows the sound well, and if out he will come charging knowing it’s his special treat on offer.

He didn’t come downstairs.  Panic ensues.  I rush up the stairs as fast as I can, shrimp bowl still in hand.  He’s in his chair, with his hind backed up towards the backrest.

He refuses to move, and howls if I try to touch him.  I was certain it was his legs again..  Certain.  A few years ago he dislocated his spine from his pelvis, he was completely lame and spent a month in a cage.

Other half rushing into the loft to get the carrier.  We now got two options… if we can get him in the carrier we will take him to the emergency vet, if we cannot, the vet will have to come to the house.

Gently lift him as he howls in pain (and anger, for touching him when he clearly doesn’t want to) and place him in the carrier.  He stands.  He can stand!!!

We try to place him on the floor, and he himself walks ever so slowly the two steps into the carrier.  He hates the carrier.  He normally runs a mile as soon as he sees it.  Clearly a sign he wants the vet to fix him.

So – on the phone to the emergency vet.  After 10 minutes on the phone, me all frantic – the boy walks out of the carrier and bloody well leaves the room!!!

Anyway, on the vets suggestion, unless he get worse, hold off until tomorrow morning, and take him in during opening hours.

So – the boy is now confined to a room, with a littertray, food (inc shrimp – which he’s refusing to eat), water, a litterbox and blankets all over the floors, so he can get comfy where-ever he wants.

I’ll sleep in there with him tonight.  If he gets worse I can then call the vets during the night.  If he stays the same, he’ll be going to the vets in the morning.  If he improves – well then that will make me very happy indeed.  🙂

Emergency vet thinks he might have been in a fight or had a fall a few days ago, as sometimes cats will get worse after a few days when the body’s rested.  That might make sense, as I could see he wasn’t 100 percent last night.

Above pic taken once before when my boy had his “infection” face.  It’s so different from his normal look.  The face I saw last night wasn’t anywhere like this, but it had a hint of it.  This is how gorgeous and beautiful he normally looks like.

Anything that’s rusty and falling apart will always make me go snap happy.  I could so easily have dug out hundreds of pics of abandoned and derelict items and places…

But I’m gonna go with this image, I need a wee bit of colour and beauty to cheer me up.  Abandoned by life, but full of beauty.

Taken on the beach a few years ago.

Interpreting it a little loosely, but here’s my gorgeous girl framed in sunlight

Posted for A Word A Week Photography Challenge:  Frame – http://suellewellyn2011.wordpress.com/2014/02/27/a-word-a-week-photograph-challenge-frame/

Yes, the title is referring to the two angelic creatures pictured above.

Today I came with for the first time in over two weeks for a proper walk.  I shouldn’t have, as I’m now suffering for it, but never mind.

We only went to the river, as being in the car is difficult for me.  I knew it was gonna be muddy… I knew what the dogs would look like.

And they sure did live up to my expectations.  😉  Running about way in front of me and the other half they had tons of fun playing, sniffing, rolling about and doing the general dog stuff.

However, we came to a stream going into the river – what’s the first thing they do?  Jump straight in!  The joys of splashing about in the water.

So why the fuck are they so bloody opposed to going in the bathtub???

They both knew, covered in mud driving home, that it was gonna be bathtime.  Pot runs to hide under the bed, Boo is looking like a beaten dog with her head not just drooping, but drooping so much her nose is touching the floor.  *sigh*

Less than half an hour before they’d been splashing about in the water like two fucking mermaids, and now water has suddenly changed to the most vicious of punishments.

Thankfully bathtime is over, they’ve both had a two hour snooze in bed under the covers, and Boo is snuggled with the other half under his robe, whilst Pot is on my lap with a blankie over her.

I love this picture of my two canine girls.  Yes, it’s not in focus, yes, the horizon seem to have had a drink too many… but I still love it.

I love Boo’s ears flapping about as she barges ahead, I love how you can spot Pot trying to catch up, a huge grin on her face.  I love that happiness comes so easy to them – all it takes is a field – it doesn’t matter if it’s a mudhole.  Pure happiness.

Posted for the Daily Prompt:  Show us MOVEMENT – http://dailypost.wordpress.com/2014/02/27/prompt-dance/

Normally not a big fan of the subject flags… but this time they’re a lot of fun… I only wish I’d found it a week ago.  😦

And it, being Flag Counter. Yes, I know I can go into stats, then into summery, and I will see flags of people who’s visited my blog, but Flag Counter lets me see it right here on my blog.  😀

Spotted that a few people had a flag counter on their blogs, and instantly wanted one – so quick google yesterday – and now there’s one on the side menu of my blog:

And what’s even more fun… if clicked on it will even show flags gathered from different states.  😀 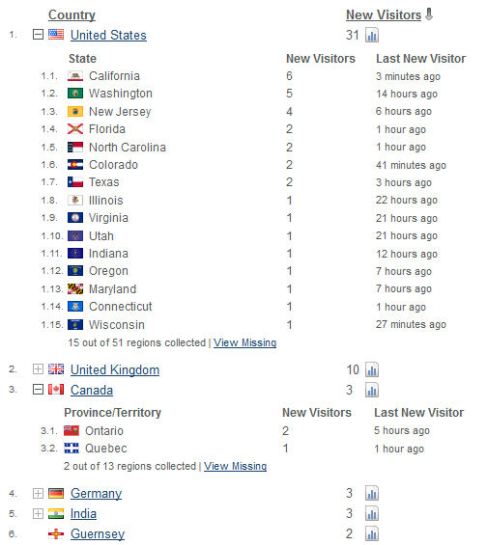 I’m not interested in stats (I’m blogging for me – not to advertise something), but the flags have tickled my fancy.  Never thought flags would make me happy – but there you go.  😀

If you want to see how to add a flag counter for your wordpress site, I’ve added a quick tutorial here:  https://crapiblogabout.wordpress.com/blogging/how-to-add-a-flag-counter/ 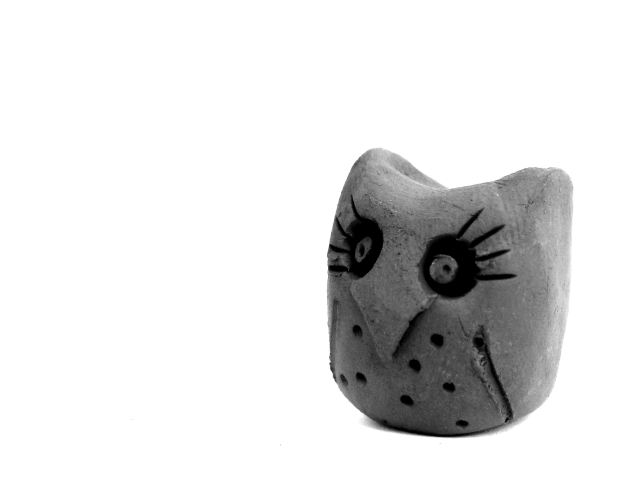 I still get amazed what single white piece of paper can do – here illustrated with a tiny owl, made by yours truly.  I’m not one for picking flowers, but sometimes I bring an A4 sheet of paper with me into the garden, just to stick behind flowers as I’m snapping pics of them.

Below is the journey of this pic, editing it in PSP took less than a couple of minutes.

Play around with brightness & contrast

Using blemish fixer on the eye

Use brightness and contrast

As you can see – the light was rubbish as I was taking the picture, as I did it specific for this post, and the sun was just about setting, and the natural light was barely there.  I would have prefered to have taken it in full natural light.

With the image still in colour I used +25 brightness and +33 contrast, but I felt it could do with a wee bit more of a boost after making it black and white, so did +11 brightness and +42 contrast when turned monochrome.

I quite liked the simplicity of my new blog, without a header.  I was well chuffed actually on how streamlined it was… until I visited a blog with the same theme as mine and it didn’t have a header.  It looked dreadful.

The good and the bad – the good thing is that it’s from a pic I love, of a kitty I love.  The bad – when clicking on my blog name in the Reader – this is what shows:

“Crap I blog” in HUGE letters, with “General shite and specific shite” neatly written underneath.  Niiiiiiice.  Where’s my pretty kitten?

But… there’s always a silver lining – I’m sure this will deter anyone that might be slightly upset by my less than polished language.  😀

I came upon these images yesterday whilst searching one of my memory sticks for a bumblebee pic.  I took them in 2011, and still remember the beauty of that single white feather on the beach.

And today I spot that White is the chosen subject of the week over at Cee’s Fun Photo Challenge, and was well pleased I found these pics again yesterday.

So simple, yet so beautiful. 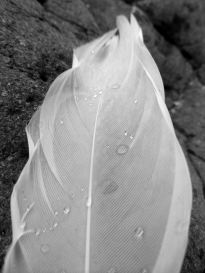 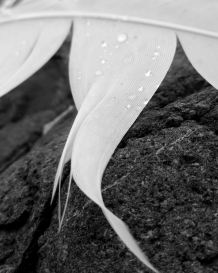 Crap I Blog About
Blog at WordPress.com.
Loading Comments...